A church isn’t a blank slate, and neither is a pastor

Matt Johnson is the pastor and head of staff at First Presbyterian Church in McMinnville, Oregon. After serving in youth ministry, college ministry and children’s ministry, he spent seven years as a pastor in Minneapolis before accepting the call to McMinnville in 2014. 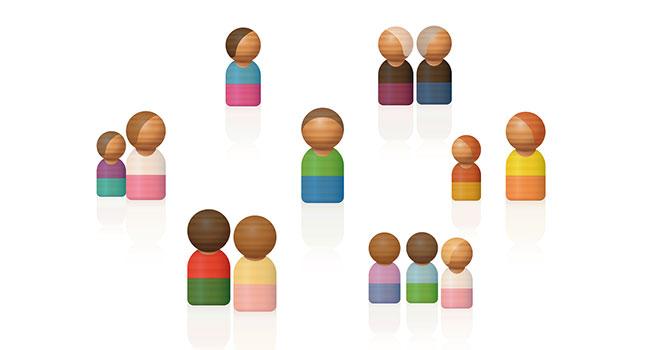 Leading change requires understanding a community’s system for relating and behaving -- and understanding your own family system, too.

My first job title out of seminary was “pastor of redevelopment.”

I was following a pastor of 18 years whose gifts for pastoral care and visitation were adored. My tenure began immediately after the congregation had fired its beloved organist (generating significant protest), a signal of its commitment to my role, to constructive change and to the goal of attracting new families.

I was no organist, so I introduced popular contemporary choruses while sprinkling in beloved hymns from the past. Many admitted they didn’t particularly like this new approach to worship. Nonetheless, they begrudgingly supported this get-young-quick scheme -- except for one elderly man who boldly remarked, “Hymns with bongo drums? Never!”

The congregation, under my leadership, wanted to be faithful to God’s call. So we went looking for something (anything!) we might do to keep up with the fast-changing world. But for all the new strategies we tried in worship, formation and mission, we overlooked a critical factor: the community’s well-established system of relating and behaving.

The nature of such systems and how we function within them is the interest of “family systems theory.” This theory was first developed by Murray Bowen and later applied to congregational settings by Edwin Friedman, Lawrence Matthews and many others.

Through the lens of family systems theory, the emotional inheritance of a congregation comprises a set of largely unseen forces and influences that congregants and leaders operate within. A church is not simply the people on the membership roll but also their unique way of functioning, which is inherited from past generations.

In Israel Galindo’s “Leadership in Ministry: Bowen Theory in the Congregational Context,” Matthews notes that a key contribution of family systems theory is “its awareness of the multi-generational nature of much of our anxiety. … This can be a source of despair as we find ourselves living out the reactive patterns of past generations, but it can also be a source of growth and change as we consciously face and rework those patterns.”

After years of dwindling membership and growing distance from the church’s increasingly diverse and young neighborhood, the congregation hoped that I (a young, energetic seminary grad with fresh ideas) would assist them in redeveloping their worship, formation, mission and connection to the wider community.

In my first year, I set out to aggressively address those goals.

We created teams to consider each of the major areas and propose a new pathway. I made the aforementioned changes in worship. I met with key leaders, started a small group ministry that met in people’s homes, began some missional experimentation, established an arts collective with congregation members and neighbors -- and (as time allowed) visited people in their homes and at the hospital.

In my second year, I began to receive conflicting feedback on our progress. Many people were concerned that change was happening so quickly. And yet some involved in our redevelopment efforts were frustrated that change was taking so long. At the same time, there was a growing perception that I was unconcerned with pastoral care and visitation.

I was confused. Didn’t the church hire me to be a pastor of redevelopment? And wasn’t that the work that I was leading the congregation to focus on? Insights from systems theory have helped me -- in retrospect -- unpack what was going on.

A church’s emotional system involves everyone in the congregation. Over a span of two decades, the congregation had developed a system of functioning in which the pastor focused on pastoral care and visitation.

Though the church didn’t recognize it, this system was not just propped up by a few key people; the whole congregation participated in it. From the organist to the longtime members to the newcomers to the hiring committee that brought me in, they all participated in the same system. I failed to realize that transitioning the leadership from a few old-guard figures would do little to change the underlying realities we all shared.

Church emotional systems run deep and are resistant to change. Throwing the word “redevelopment” on a job title is easy. Moving a 100-year-old congregational system into a place of readiness to redevelop is not. This is a task that goes far beyond decrying those who say, “But we’ve always done it that way!” I mistakenly assumed that the redevelopment mandate I received in my job title represented the clear-cut focus of my work in the congregation. But actually, the congregational system had developed a substantial role for pastoral leadership that could not simply be brushed away with a new face or a new title.

I also learned that leadership requires both connection with and differentiation from. In my eagerness to join the congregation in redevelopment, I entered fully into its emotional system. While that created a sense of “us,” it also greatly hindered my ability to effect change. I needed to connect with people in the congregation without getting sucked into their emotional system.

My job description was calling me to redevelopment, while the system was calling me to fulfill the long-established role of chaplain-pastor -- almost like a text and subtext. At the time, I couldn’t separate the two.

And if pastoral leadership weren’t complicated enough, it turns out that not only churches have inherited emotional systems. We all come from families, and those families have emotional systems, too, shaping the way we deal with stress, success, challenge, failure, friendship and resistance. Because of this universal reality, every pastor brings his or her own family system into a congregational setting. When the congregation presses the right buttons from a pastor’s family background, watch out -- sparks will fly! If we lack awareness about our personal family systems, we will be apt to blame congregation members for conflict and miss valuable opportunities for growth.

More than three years have passed since my pastoral ministry wrapped up at this church. Some initiatives carry on there, while others have fallen away. New leadership and ideas have taken flight. But in the midst of it all, I can see that the congregation’s desire for redevelopment has shifted from the head to the heart. The congregational system has now moved through the emotional process of change and is ready to move forward with a renewed sense of self.

In my current work, I am reflecting deeply on my own family of origin and how my family patterns play into my role as a pastor. I’ve wondered: What are the patterns of success, failure, joy or grief that have marked this congregation in generations past? How has my family shaped my experience of leadership? Where do I see parallels between my role in my family and my role in the church?

Changes in society and the role of the church demand that the church adapt. But leading change requires that leaders understand their own family systems, as well as the systems that have guided their congregations for generations.