Disruption is often the key to renewal

Jason Butler is the lead pastor of Open Table UMC in Raleigh, North Carolina, where he lives with his wife and three children. Previously, in Milwaukee, Wisconsin, he planted and led a church and co-founded a nonprofit to fight child sex trafficking. He recently earned his D.Min. from Duke Divinity School. 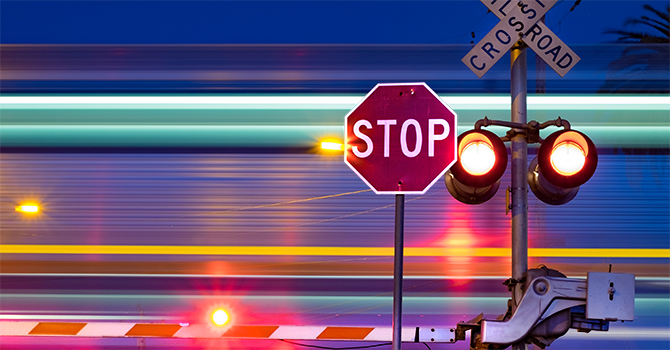 When churches struggle to change their habits, stopping everything can open a way forward, says a church planter and pastor.

Report after report reveals this difficult truth: church attendance is going down.

Many leaders are considering what to do with congregations that are in the midst of dramatic decline.

As someone who has both planted a new church and entered into the rejuvenation of another, experience has taught me that disruption, though difficult, can be the key to breathing new life into a stagnant system.

Ultimately, a church is a group of people who have come together to form a worshipping community, and this community inevitably (and properly so) creates a system to maintain their communal and missional lives together.

This system is maintained through a complex microculture of language, values, beliefs and habits.

When a system is not thriving, most of the time it is because the system has accumulated an excess of bad habits that weigh it down and work to reform its culture in a negative direction.

This usually happens in a church when a congregation gets tired and doesn’t have enough positive outcomes to release the energy of communal endorphins. Just as in our everyday life, when we get tired and are stuck in a “grind,” we seek convenience and self-preservation instead of generous self-giving.

The problem with a system that is not flourishing is not the people within the system but the habits of those people.

Habits that began as positive actions may over time in fact inhibit the desired outcomes of a congregation. “Old habits die hard,” not because of laziness or weakness, but because we often unconsciously attach our identities to the habits we engage in.

If we build our central identities around what we do, then to stop doing those things is to lose our self-meaning -- and ultimately, to feel as though we are losing ourselves.

When I walked into Trinity United Methodist Church in Raleigh, North Carolina, two years ago, this was exactly the case.

Founded in 1942, Trinity had seen years of incredible, thriving ministry but over the last two decades or so had experienced steady decline. The mostly older congregation began to see clearly that drastic action was needed to turn their church around. In partnership with the North Carolina Conference of the UMC, I was brought in to do just this -- turn the system around.

From the beginning, it was clear that this church of 50 or so folks was full of incredible people. Their stories of commitment to the church stood as a testimony to their faithfulness to Christ.

Even so, their church was dying, and they were tired.

In one of my first meetings with them, one of the older members said to me, “We’ve really tried everything here; I don’t know what you can do that will change anything.”

For Trinity, disruption meant stopping everything they did, even the good things.

I had to be the villain for a season and stop Sunday school, the choir, the prayer groups, the women’s studies, the leadership teams -- even worship.

In a culture driven by “doing” and “performance,” stopping can be countercultural and deeply disruptive. How do we even “do” church if we aren’t “doing something”? For Trinity, stopping meant death, in a way -- death of the church they had known, death of their groups, death of their activity.

We entered into the biblical space of Sabbath.

We rested. We reflected.

And this stopping allowed us to ask some questions about ourselves, our present and our future. Disruption allowed us to stop doing the things that were probably preventing us from seeing ourselves and our future clearly. It opened a crack in the system for change and opened our minds to a reimagination.

When we let our fields of ministry lie fallow, when we take Sabbath seriously and enter into a space of quiet, we can begin to hear the cries of the community around us again. When we stop church activity, we may spend less time in Bible studies but more time getting to know our neighbors.

Through these new spaces and conversations that have been opened up, we can reimagine what a new future looks like and realize that maybe we need to plant completely different crops next season.

Disruption can lead to new ideas and new possibilities, and through conversations and prayer, it can lead to a community re-identifying the guiding values of their new future.

For Trinity, disruption led to the rediscovery of our desired value of generosity toward and unconditional embrace of the community around us. This would be the new crop we would sow to usher in our new future together.

For six months, we made a committed effort to renew our system through the process of disruption, reimagination, re-identification and re-habituation.

It was hard -- harder than many thought it would be. Some members left. Giving went down. There were arguments and ultimatums.

After six months, we relaunched Trinity as Open Table United Methodist Church with a new name, a new imagination, new values, and new communal habits of interaction and activity that would guide our future.

We had stopped for long enough to realize that there were new ways of doing ministry that could open up our tables to the isolated and marginalized in our community.

Two years later, we have become a thriving and growing community of more than 250 incredibly diverse members.

Disruption was a difficult process, but one that has birthed the surprise of the kingdom right here in our midst.