Excerpt: ‘Planning Sabbaticals: A Guide for Congregations and Their Pastors’ 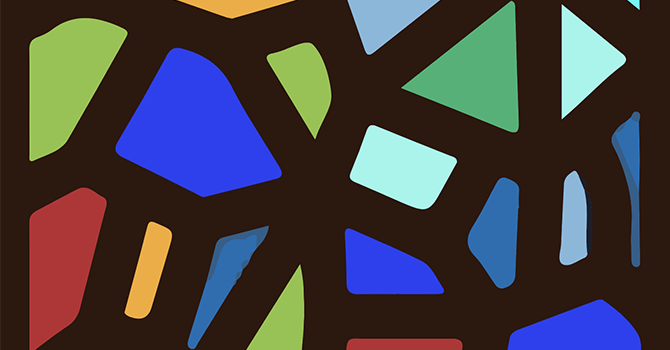 Detail from the cover of "Planning Sabbaticals: A Guide for Congregations and Their Pastors."

In this excerpt from his recent book, author Robert C. Saler writes about pastoral sabbaticals as a time of reinvigoration and reflection for both church leaders and their congregations. Saler directs the Lilly Endowment Clergy Renewal Programs and the Center for Pastoral Excellence at Christian Theological Seminary.

What Kinds of Activities Can the Congregation Do? 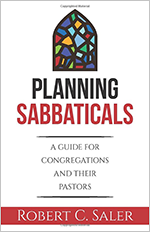 This is the joy of renewal periods -- they are gloriously superfluous. By refusing to serve the immediate, they open space for the deep and expansive. They are not designed first and foremost to be congregational strategy sessions about worship design, church growth, financial matters, etc. Just as, while on sabbatical, the pastor is invited to step away from the day-to-day demands of ministry and leadership in order to focus deeply on spiritual matters, so too the renewal period can be a time for the congregation to indulge in the blessed luxury of asking questions about joy and meaning.

Now, in saying this I do not mean to go against what I said before about how congregational leaders might also pick up some leadership tasks while the pastor is away! But the truth is that the two emphases -- greater congregational leadership and deeper time for exploring questions of what gives life to the congregation -- are not actually opposed. The former can draw out the latter, and vice versa.

A congregation whose pastor was on sabbatical instituted a lay preaching series to help cover the pulpit while the pastor was away. One by one, various leaders and faithful members of the congregation shared testimony during the sermon time about the operations of God’s grace in their lives. As the series continued, the congregation realized that the intense focus on new programs and added activities in the last few years had, inadvertently, served to clutter some of the core reasons why people chose to go to church there -- personal connections, unhurried worship, clear focus on the gospel.

The congregation taking on more “preaching to itself,” as it were, served to create a space in which eventually the people had the courage to take a pause and begin to engage in what C. Christopher Smith and John Pattison [in “Slow Church: Cultivating Community in the Patient Way of Jesus”] call “slow church” -- the careful, connectional, simple realities of life together in community apart from busy-ness and pressure to grow. So increased leadership and increased reflection can go hand in hand.

The best congregational activities during a renewal period, then, are the ones that draw on and enhance these twin goods: encouraging leadership among congregation members while also creating space for reflection.

Some congregations (such as the one discussed in the Introduction) bring in guest speakers and preachers to focus on topics of interest to the congregation -- especially if those topics relate somehow to the theme of the pastor’s sabbatical leave. Depending on the congregation’s finances, it can draw on local colleges, seminaries, or other educational institutions for speakers. Most seminary professors and professors at Christian colleges in particular are eager to speak in congregational settings. Be sure to allocate money in the total renewal period to pay a fair mileage rate and honorarium.

Don’t assume that the most profound topics will be the most “religious,” or vice versa. Sometimes, congregations have gotten more out of bringing in experts to talk about ecology, science, art, or health care than would have happened had they brought in theologians! Just as some of the most theologically rich sabbaticals consist of “non-church” activities that nonetheless draw the pastor deep into the joy of God’s creation, so too sometimes congregations can have their imaginations for ministry fired by topics that at first seem irrelevant to ministry, but soon show themselves to be deeply resonant with the lives of the people.

Again, have the frank conversation about what is on the hearts of the people in the congregation, and don’t be afraid to craft a plan that might make no sense to a neighboring congregation, but for your people is fitted and right.

As the congregation thinks about its activities, its imagination should range far and wide. However, there are several categories of activity that should be avoided by congregations during the renewal period.

Some congregations make the mistake of thinking of the time when the pastor is gone as akin to an interim period between pastors, which is a time when congregations are called to be introspective about both mission and ministry details. Renewal periods are not that; they are times for introspection about mission, but not for detail work around financial and operational matters. Let the renewal period be a time to focus on spiritual, theological, and recreational matters; this will, as with the pastor, give the congregation fresh energy and insight to tackle practicalities once the pastor and congregation are reunited.

Meanwhile, if the congregation has secured grant funding or donations for renewal activities during the sabbatical, then make sure that the money goes toward activities and not capital improvements to the building or grounds. A congregation who uses the renewal period to focus on, say, Celtic spirituality has the potential for a very meaningful time; however, if that same congregation were to use funds set aside for renewal to build [a] multi-thousand dollar labyrinth on the church grounds, it might be hard to avoid the impression that the labyrinth itself (or the augmented sound system, or the patched roof, etc.) was the real point of the renewal. Focus on experiences, not property.

As with the pastor’s activities, the congregation should not feel bound by a theme. If a theme is helpful, then use it; however, it may be that the best way for the congregation and the pastor to both have powerful experiences during the renewal period is for each to chart an individual course, so as to marvel at the ways God can make the courses converge once reunion happens.

From "Planning Sabbaticals: A Guide for Congregations and Their Pastors" by Robert C. Saler. Copyright © 2019 by Robert Saler. Published by Chalice Press and reprinted with permission.