Mihee Kim-Kort is an ordained Presbyterian (PCUSA) minister with degrees in divinity and theology from Princeton Theological Seminary and English literature and religious studies from the University of Colorado. She is a PhD student in Religious Studies at Indiana University as well as a writer and speaker. Her most recent book is "Outside the Lines: How Embracing Your Queerness With Transform Your Faith." 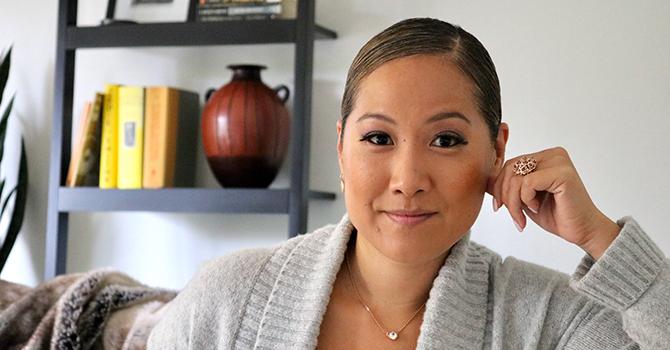 The pastor of Quest Church reflects on her journey into ministry and how pastors must make space for others to flourish.

It was only after the death of her mother -- herself a leader in the church -- that the Rev. Gail Song Bantum’s call to become a pastor became too loud for her to ignore.

“All of a sudden, I could hear my mom’s voice and see her call as my call, too,” Song Bantum said.

From then on, Song Bantum has been resisting and breaking norms. She is finishing her first year as lead pastor of Quest Church, a “multiracial, multiethnic and multicultural” church started by One Day’s Wages(link is external) founder Eugene Cho in Seattle, Washington.

She can tell, she says, that she doesn’t match others’ expectations of her as a Korean American woman. She is louder and bolder than they want her to be, and Song Bantum is 100% OK with that.

In leaning into her identity, she aims to help other women of color live into theirs, too, serving in mentoring cohorts with the RISE Together Mentorship Network(link is external) run through Union Theological Seminary in New York.

I spoke with Song Bantum about her past year at Quest, her journey into ministry, and what is being called for from Christian leaders in this moment of national and global turmoil. The following is an edited transcript.

Mihee Kim-Kort: How long have you been at Quest?

Gail Song Bantum: We’ve been in Seattle and at Quest for 11 years this coming summer. I was on staff for 10 years serving in various capacities as a worship pastor, a young adult pastor, then most recently as the executive pastor, and now, coming to the one-year anniversary as the lead pastor.

MKK: What were some moments that clarified or solidified your call to be a pastor?

GSB: Dr. Renita Weems always talks about the cord, or the tether, that runs through the story of your life. So I can’t talk about my call process without beginning first at my baptism. I was 8 years old, and my family and I were part of a Korean immigrant church in Chicago.

It was a Pentecostal church, so when a person comes up out of the water, a lot of times prophecies are spoken over him or her by the older saints of the church. I remember coming up out of the water and hearing the people say to me, “You’re called to ministry.”

This was a little strange and outrageous, because in that church, they didn’t ordain women, so I didn’t know what they meant exactly by “ministry.” I asked my mother what she thought they were saying to me. She said, “It means you’re going to serve God.”

My mother was a pastor. “Young adult director” was her title, but she most definitely served in a pastoral capacity, even though the church refused to ordain her. She didn’t give up on ministry, on her calling, on being a leader in the church. She was really unique, a bit of a unicorn, and because she went against the grain, she faced a lot of struggle and hardship. People just didn’t get her.

But I didn’t want ministry as my job. Even so, I stayed in the church and kept active. My family eventually moved to Tulsa, Oklahoma, where I joined a Black Pentecostal church. It became a huge part of my faith formation.

I went away to New York to a prestigious music school, because I was determined to become a professional musician. At the end of my freshman year in college, I went home for the summer and found out that my mom was diagnosed with stage 4 cancer. She died shortly after. It was so fast and unexpected.

It was a reckoning moment. Her death changed my perspective on my life. After a year of being angry at God and the world, I remember going to church one Sunday, and I realized I couldn’t run away from the words spoken at my baptism or from my mom’s belief in me.

Ministry wasn’t something I wanted or imagined for myself, but it was one of those things I couldn’t escape. I now can’t see myself doing anything else. In the midst of my struggle to say yes, I experienced God’s constant presence, and God’s faithfulness in and through the uncertainty. That’s why I go often to the moment of my baptism, because it’s when God broke through in the most absurd circumstances to call me to this work. And it was my mother’s voice, her life and her ministry, that solidified the call for me.

MKK: There’s a saying that all pastors have one sermon in them, and they basically preach some form or variation of it weekly. What is that one sermon for you?

GSB: If there’s one thing I’m drawn to and I always try to bring out in a sermon or highlight in a Bible passage, it’s on the topic of belonging -- what it means to not belong, to be an outsider, to be misunderstood or rejected or marginalized. I always try to preach to everyone but especially center the people who don’t belong or who feel like they are on the margins in society and within the church. It’s because I’ve felt this in my own life, and I see the ways that Jesus embodied this in his life and saw this in others’ lives, too.

I want to connect a thread through to the promise that God sees us, no matter where we are, and that we are meant to belong. Each of us belongs! And once we can be convinced that we belong and are integral to the ecosystem of life, then anything is possible. We begin to see that God will always do more than what we expect. [My husband] Brian says that I also always include an element of participation. When we see that we belong, we see all the possibilities, then we are called to a response -- and that is participating not only in our own flourishing but in others’ flourishing, because there’s more than enough space for us all.

GSB: It’s challenging to talk about this because of the diversity of Asians represented in the U.S., so I hesitate to use a label like “Asian American.” I try to be more specific, to be more personal and talk directly about being a Korean American female pastor, because I know Korean culture, including the gendered expectations, the hierarchies.

At the same time, I don’t fit into the “normal” categories for people. Because I was brought up in a Korean immigrant Pentecostal church and then my formation later was in the Black Pentecostal church and community, I often don’t fit people’s -- either Korean or non-Korean -- expectations. Within the Korean community, by other Korean pastors, I always get asked, “Are you 100% Korean?” And then I would always hear, “Why don’t you act like a Korean woman? Why are you so loud?” Which I knew really meant, “Why can’t you be deferential and submissive?”

I know now I’m a lot like my mother. Strong, tenacious, resilient, a beast of a woman. When she died at 48, she died battling and struggling -- she went down fighting. She fought to the end to be faithful to her call to ministry.

And so the challenge is to not conform to people’s expectations of me, to not listen to those voices that refuse to speak directly to who I am at the core.

MKK: What does your leadership look like in a moment with so much national and global tension?

GSB: This moment of heightened racism against Asians due to COVID-19 and the perpetual realities of state-sanctioned violence against Black and Brown bodies and communities have all hit such a tender intersection for me personally, in addition to my role as a leader and pastor.

As an Asian woman married to a Black man, raising three multiracial sons and leading an increasingly diverse church community, it’s not a matter of what we should do, but as most revolutions go, it’s a question of why we can’t stay where we’re at.

To lead a larger church community that is multiracial, multiethnic and multicultural -- the distinctions are intentional -- is already a challenging space to navigate in general. But to feel such rage, pain, sorrow and fear in my own body and for the people who are closest to me takes a measure of control and discernment that many people won’t or simply cannot understand.

While I’ve been praying and participating in protests here in Seattle and witnessing the solidarity for Black life erupt around the world, I’m reminded that these moments aren’t new but are a renewed opportunity for White folks and non-Black communities of color to remember the words of Fannie Lou Hamer -- “Nobody’s free until everybody’s free.” With that, my leadership will continually work to magnify those who bear the weight of oppressive systems -- anti-Black racism, patriarchy, LGBTQ+ exclusion, disability discrimination -- making sure they are seen, heard, resourced and empowered.

MKK: What are your specific dreams for Quest Church?

GSB: I’ve actually been thinking a lot about farming. Regenerative farming, biodiversity, the constancy, the changes and shifts, the evolution of land, and what happens when we simply allow an ecosystem to do the work it was meant to do -- it’s all a really interesting image for the church.

At the beginning of this year, we did a sermon series on Genesis 1, focusing on creation. I truly believe nothing in this world that was created by God was or is a mistake. Every part of creation has a place, and should have a place, and that means even and especially we, as human beings, are meant to find our own role in creation. This has a lot of implications for the environment -- climate justice, land stewardship and more. But for the church, it makes us think about, What is our role in the ecosystem of Seattle? What is our responsibility so all can thrive and flourish?

I want us to be a house of hope and possibility. There’s a kind of urgency, and people feel that all around us. Our church is a place and community that wants to respond meaningfully to people’s lives. And when new people show up, they feel it, too, and want to be a part of it. We’ve become a kind of hub and incubator for people to experiment. We’re working on a leadership and justice center, and we’ve started a partnership with a local collective of therapists who are mostly people of color.

Being a place that creates the soil for sowing seeds for generations to come -- again, I think about my mom and her legacy. We’re not going to spit out the same story; we’re going to be creators and makers of a different narrative. Maybe that means we don’t see the impact of it right away, or in this generation or the next, or in our location or on our continent. I dream of people walking into Quest to feel the radical coexistence of so many different kinds of people together who are dreaming big, making space and scattering seeds.