In pursuit of a life-giving side hustle

Nathan Kirkpatrick is the managing director of Alban at Duke Divinity School in Durham, N.C. In this role, he designs educational programs, facilitates leadership development opportunities for clergy, denominational and institutional leaders, works with publisher Rowman & Littlefield to publish Alban books, and consults with senior church leaders around the United States and abroad. He has degrees from Wake Forest University and Duke University Divinity School. He is a priest in the Episcopal Church and serves as priest associate at The Church of the Advocate in Chapel Hill. 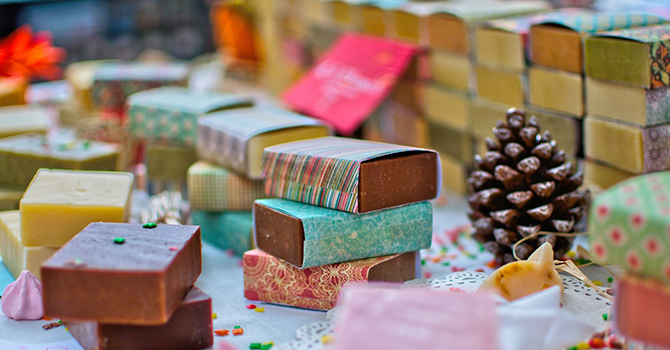 What interests could you pursue that would help you reconnect with who you were as a person before you became a pastor? Unsplash / ViktorForgacs

The future of ministry is multivocational. How can we imagine a model of multivocational ministry that is less about simply making ends meet and more about pursuing passions and engaging creativity?

When I graduated from seminary in 2003, I was sent by the United Methodist Church to serve two small congregations in rural western North Carolina. At the time, every conversation I had with denominational leaders or judicatory committees about my ordination or my work as a clergyperson presumed that I would serve as a full-time congregational leader until retirement.

In 2010, I left the United Methodist Church. Five years later, after a lengthy discernment process, I was ordained a priest in the Episcopal Church.

As I went through that second ordination process, the conversations about my work as a priest were markedly different from what they’d been 12 years before. I was regularly asked, “What’s your second vocation?” or, “What’s your other job besides ministry?”

Even though my diocese is strong and has thriving urban, suburban and rural congregations, I still faced the assumption that future church jobs would be mostly part time and I ought to prepare myself for that eventuality.

This was not a bad assumption, of course. Study after study seemed to point in that direction.

The National Congregations Study in 2012 showed that more than one-third of clergy across denominations were already working more than one job. Within the Episcopal Church, we learned in 2014 that almost half (48%) of congregations nationwide had no full-time paid clergy, an increase of 5% in just five years. Denominational gatherings focused on the rise and indeed necessity of the bivocational clergyperson for the work, witness and sustainability of the church. The prevailing prognosis was that a significant number of congregations would simply not be able to afford a full-time clergyperson.

A colleague objects strongly to this language of “bivocational” clergy when invoked as if the phenomenon were new. She points to biblical and historical models of tentmaker ministry; moreover, she reminds us that most mainline Protestant clergy (together with most of their parishioners) have long been at least bivocational, balancing their work commitments with the commitments inherent in family life -- as partners, parents, children of aging parents. Juggling competing commitments has long been part of clergy life.

How well this juggling has happened over the years, of course, has been different for male and female clergy, which is a topic worthy of exploration, lamentation and probably no small amount of repentance. The stories of poor juggling are commonplace among adult “PKs” (preachers’ kids). By working long hours and after hours, their clergy parents -- mostly fathers -- became virtual strangers in their own families. It’s pretty typical to hear adult PKs say they resent the church for the ceaseless demands it put on their parents, and resent their parents for acquiescing to those demands.

A judicatory leader friend says yes and calls it the “life-giving side hustle.” She tells her part-time clergy not to make ends meet by driving for Uber or Lyft. She tells them not to become baristas at Starbucks or cashiers at Kroger.

Instead, she invites them to find side hustles that enable them to pursue passions, engage creativity and reconnect with who they were as people before they were pastors. She tells them to use their side hustles to make themselves more interesting and well-rounded. She asks that they find a way to include their partners and kids, if they have them, so that their loved ones might see a different side of them.

We know what such a life-giving side hustle looks like when we hear about a clergyperson who has found one. I think about the priest-potter throwing clay and making communion ware for congregations. As her life-giving side hustle grows, there’s probably an Etsy shop somewhere in her future. I think about the clergyperson who had always been fascinated with beekeeping and worked with members of his congregation to build hives. They made the operation as child-friendly as possible and now teach children about beekeeping and honey gathering. They sell their honey, too.

Gail Godwin, in her novel “Evensong,” famously observed that something is your vocation if it keeps making more of you. If the future of congregational ministry in many places will require clergy to be multivocational, the least we can hope for is that each and every vocation we pursue will make more of us.

The church needs that. Our families need that. We need that.