SENIOR PASTOR, MT. ZION AME, CHARLESTON, SOUTH CAROLINA
The Rev. Kylon Jerome Middleton is the senior pastor of historic Mt. Zion African Methodist Episcopal Church, the daughter church of Mother Emanuel AME, in Charleston, South Carolina. It is first brick building owned by African Americans in Charleston, and is located in the heart of the city, on the campus of the College of Charleston. Middleton is the co-founder, with Jennifer Pinckney and Sen. Gerald Malloy, of the Clementa Pinckney Foundation. He has one son, Kylon Joshua Middleton, a graduate student at East Carolina University. 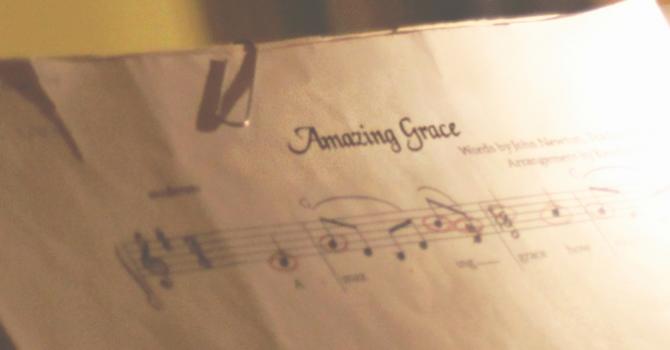 Five years after losing friends and neighbors in the murders at Mother Emanuel, an AME pastor writes about the impact on him, Charleston and the nation.

I was taught never to question God. In my faith tradition, questioning God was akin to heresy and blasphemy, but there was no one else I could ask these questions.

Why? Why Pinckney and all of these innocent people? My God! Mrs. Susie? Why Mrs. Susie, Lord? She would not hurt a living soul. Why? Why any of these people? None of them deserved to die like this.

I could not comprehend how such a thing could happen, during a period of prayer and Bible study, in such a sacred place. Such hatred, such unprovoked violence, such evil had penetrated the holiest of places.

My soul felt empty but at the same time flooded with bewilderment, anger, loneliness, anxiety, loss. There was no real space to process any of it, because I had to remain strong for Pinckney’s widow, Jennifer, and their daughters. I had to maintain hopeful optimism as a pastor in the African Methodist Episcopal Church and a leader in the community. I was expected to help bring people together -- to be a leader in the process of healing, reconciliation and forgiveness.

Such weight. I was drowning in sorrow and my own unprocessed grief. I was caring for the community at large and not doing the work of caring for myself. I couldn’t. I didn’t feel it was appropriate, at the time.

And then at Pinckney’s funeral, after sharing my reflections and stepping away from the stage, I looked up to see a grief-stricken, broken president of the United States of America.

I knew he would be there, because I had assisted Jennifer in planning the funeral. His presence was not a surprise, but when President Barack Obama started singing “Amazing Grace,” something within my soul was revived.

“When we’ve been there ten thousand years / Bright shining as the sun / We’ve no less days to sing God’s praise / Than when we’d first begun.”

That last stanza felt like a communal call to action. I have seen amazing grace in action in Charleston since the horrific murders at Mother Emanuel. After the funerals, such grace has remained on display through activism and intentional efforts to create ongoing forums for dialogue about race, bigotry, hatred and ignorance in ways that had not been successful before, even as much work remains.

As a black man who grew up in Charleston, I recognized that I should not allow the emotion of that moment to blur the reality of the persistent, corroding nature of racism. I could not allow this to be a superficial show of unity and harmony and fail to seize it as an opportunity to push my white brothers and sisters to acknowledge racism so that they might become partners, in solidarity, to confront it.

Engaging in the work of race relations, racial healing, reconciliation and transformation is hard. Racism is predictable. The fail-safe default of white privilege allows white folks who become uncomfortable in this work to check out at any time. So I decided to allow myself to be vulnerable, to take a risk and join with the church next door, a predominantly white congregation, in this work of confronting racism.

If the congregation’s priest, with whom I co-convene a weekly book study, had not been willing to acknowledge racism and commit herself to confronting it at all costs, I would never have entered this sacred, God-ordained journey with her. Every week is painful. It requires all participants to agree to listen to and hear the truths of others. It is no one’s job or position to convince anyone or persuade anyone; it is the job of all of us simply to tell our own truth.

Since the horrible tragedy that took my beloved friend and brother away, each Tuesday at 5 p.m. we assemble to have hard conversations through a book study of titles and subject matter steeped in racial and systemic injustice and the institutional assault on black people that reaches back to slavery. It is grueling. Every week, I vow to myself never to return, but for nearly five years, I have been present and “open” to have that same conversation week after week.

In one gathering, a member of the group announced that she finally realized she was a racist. We unpacked that in an academic way, as we always do. The conversations are mostly cerebral, and they always leave me longing to do something more to move the needle of justice publicly, so that we can be leaders in eradicating the stubborn systems of injustice that we see in our city today.

Needless to say, we fall short in going the next step. I guess my frustration, disappointment and dismay became so evident one day that the same group member asked me how these conversations make me feel. From a place that I have never spoken, my truth emerged. Every week, for one solid hour, I feel as if I am being waterboarded. I feel as though I am being suffocated. I feel like I am drowning.

When I heard the words of George Floyd, finally I found words to articulate my historical, cultural perspective in America, particularly in Charleston, as a black man: “I can’t breathe!” The persistent, pernicious systems of injustice and oppression continue to impede the progress, uplift and freedom of black people.

The protests and demonstrations being held in Charleston in the aftermath of Mr. Floyd’s brutal murder are rooted in the exhaustion among all people that stems from the generational injustices and atrocities perpetrated against black people since we arrived at our city’s Old Slave Mart.

On June 19, 2018, the city of Charleston narrowly passed a resolution to formally apologize for its role in the slave trade, but that’s not enough. The city needs other resolutions, ordinances and policies to provide uplift and mobilization for the black community -- addressing access to and equity of education, housing and job development, the reversal of gentrification, and other opportunities.

Five years ago, it was that familiar hymn, sung by our president at the darkest hour of many of our lives, that called us to action. The call is even clearer to me today. We must remain persistent and dogged in confronting and eradicating racism, because where there is no justice, there can be no peace.