Edgar Moore is a retired United Methodist elder in the Baltimore-Washington Annual Conference. Previously he was the primary liaison between the Clergy Health Initiative and the leadership and staff of the two United Methodist conferences in North Carolina. Moore holds a bachelor’s degree from Lebanon Valley College, a Master of Divinity from Duke and a doctorate in the history of American Christianity from The George Washington University. 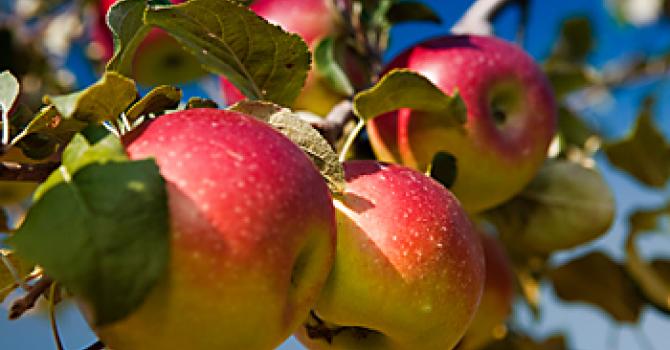 Every organization has its “sacred bundle” -- the collection of symbols, stories and artifacts that confers identity upon a community and determines its social norms. Woe betide the leader who ignores it.

Once upon a time, a pastor’s ministry was subverted by applesauce.

This young pastor was appointed to a congregation in my home state, West Virginia, where apple orchards surrounded the church and were a significant part of the economy. “Granny Smith” United Methodist Church had for years boiled local apples into applesauce on a November Saturday known to locals as -- of course -- Applesauce Day.

Only a few in the congregation knew the spices that gave GSUMC’s applesauce its distinctive taste; the recipe was bequeathed to a novice only upon the death of one of the elder spicemasters. Gnosticism, as practiced by United Methodists in West Virginia.

The newly appointed pastor, having learned of Applesauce Day upon his arrival, shortened his sermons to accommodate the Applesauce Committee announcements that were an essential part of the Sunday order of worship and otherwise deferred to the Granny Smith folk’s devotion to their fall festival.

A week or so before the boiling pots were brought forth from the storage shed behind GSUMC, a senior member of the congregation told the pastor he “would be welcome to stop by on Applesauce Day.”

Perhaps the pastor should have been able to decode this dialect, but he wasn’t, and he elected to visit his family in Pennsylvania on the Great Day, thinking he was empowering the laity for their ministry.

What no one told the pastor was that Applesauce Day attracted scores of GSUMC members who never otherwise fulfilled their baptism vows, that he should have been on hand to greet and thank them profusely for their discipleship, and that he was expected to pray over the proceedings, invoking God’s blessings upon the saucemasters, the understirrers and the jars of newly wrought applesauce.

He had been derelict in all these priestly functions. Weeping, gnashing of teeth and calls to denominational officials ensued. The next year, the pastor was moved to another church.

The sacred bundle dates at least to the Old Testament -- think ark of the covenant -- though the phrase as used by anthropologists refers to the Native American tradition of preserving a community’s artifacts in a deerskin wrapping entrusted to the care of the tribal shaman, whose duties include narrating the significance of each item in the collection. The artifact and the oral tradition recited by the shaman, together, exert power within the community.

United Methodist evangelism consultant Herb Miller was among the first to connect this Native American tradition with the life of a local church congregation. Had he been consulted by Granny Smith UMC’s young pastor, disaster might have been averted.

Miller would have recognized Applesauce Day as ranking above Easter at Granny Smith, discerned the prophetic role of the congregant who appeared to be extending a casual invitation to the pastor to “stop by” and grasped the importance of the pastor’s being present for the invocation over the kettles.

Herb Miller’s insights have begun to percolate down to some seminary curricula, which now include training in techniques for exegeting a congregation.

In a congregation, the contents of the sacred bundle may be inferred from memorial plaques, stained-glass windows, favorite hymns, oral tradition and local high holy days like the applesauce fête. The bundle has designated keepers who may or may not be identical with the congregation’s named leaders; the Granny Smith elder who told the pastor he “would be welcome to stop by” was one of these keepers.

Seeing no priestly regalia, the pastor failed to grasp the elder’s status and mistook his prophetic utterance for a casual invitation. Unwitting heresy followed.

The pastor was articulate in theology, good at pastoral care, excellent in leading worship and faithful in his denominational responsibilities; his deficit was in anthropology, a subject missing from the standard seminary degree program.

His plight was no different from that of folk new to other organizations, who may be well-trained academically, experienced in the skills the organization names as critical and eager to do well in the new workplace -- because none of this preparation offers a peek inside the sacred bundle, which wields significant authority over the environment.

The artifacts in the organization’s bundle may be inferred from what at first appear to be casual practices in the workplace. Who gets to address whom by first name? What are the actual -- as opposed to stated -- boundaries for physical contact (think Mad Men here), socialization after hours, entering without knocking? Who is the shaman, the one who knows the real story about the organization’s inner workings?

It may not be the senior HR officer but instead the administrative assistant who has been with the firm for 15 years. Only she can explain why junior staff always move to the rear of the elevator car: failing to do so may affect the December bonus. It’s Applesauce Day, plain and simple.

Ironically -- or presciently -- the Bible anticipates this dilemma. From beginning to end, it is about people on a journey.

Abraham and Sarah are asked to leave their ancestral home; Moses is instructed to lead God’s people on a 40-year trek toward the promised land; Jeremiah, Isaiah and Ezekiel are commissioned to call Israel away from paganism and back to faithfulness; Jesus calls fishermen from their nets and toward apostleship; on Pentecost, the Holy Spirit summons the early church away from ethnocentrism and toward worldwide witness.

In all these narratives resides a common assumption. We cannot understand one another apart from honoring each other’s journey.

Despite its complexity and secrecy, a sacred bundle is nothing more, and nothing less, than the distillation of a community’s journey. Learn how it came to pass that applesauce trumps Easter at Granny Smith UMC and a pastor will truly comprehend the congregation.

Treat this journey with indifference or condescension and the pastor will remain an alien among folk he or she is expected to serve.

This is why anthropology must serve as any community’s translator: unless a leader knows how to analyze the applesauce -- with its attendant hierarchies, mysteries, boundaries and history -- she cannot be fully present with the people. She will be treated as an interloper, her effectiveness sadly compromised.