Rebecca Todd Peters is a professor of religious studies and the director of the Poverty and Social Justice program at Elon University. She is ordained in the Presbyterian Church (U.S.A.) and is the author of “Trust Women: A Progressive Christian Argument for Reproductive Justice.” She is currently working on the Abortion & Religion research project. 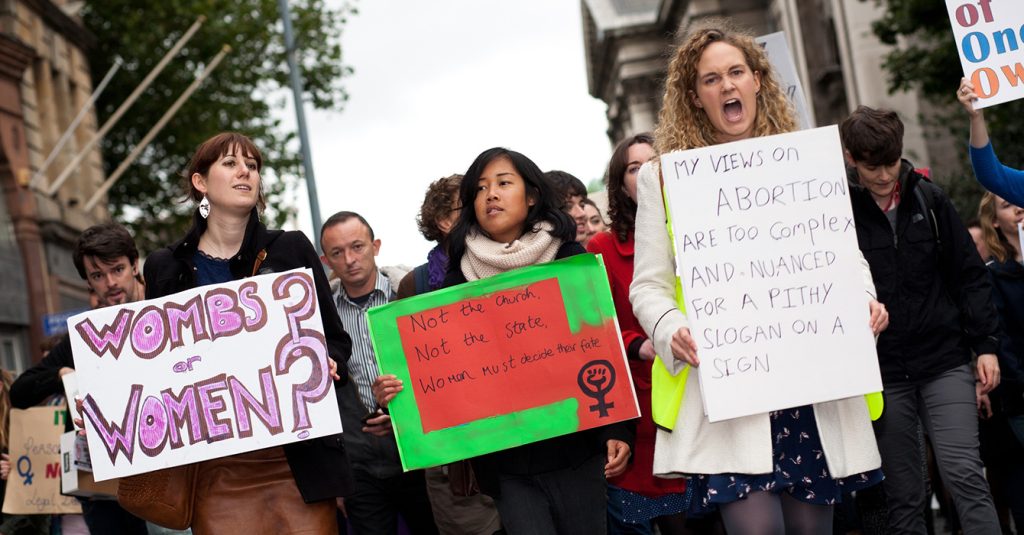 In light of an expected Supreme Court ruling, churches and faith leaders interested in supporting reproductive justice need to understand the history of abortion access in the U.S., writes a university professor.

This article is part of a series: Reproductive justice and abortion

The leak of a Supreme Court draft opinion on May 2 has signaled the imminent overturning of Roe v. Wade on the eve of its 50th anniversary. In the wake of this leak, pastors from across the country are asking, “What can we do?”

It is a critical question in this moment. And indeed, for the last two years, faithful organizers and religious leaders across the country have been laying the groundwork for a religious network to advance the cause of reproductive justice — the Spiritual Alliance of Communities for Reproductive Dignity, or SACReD congregations.

But before you start organizing, there are some things you need to know. Let’s begin with the origins of the current conceptual frame for how we think and talk about abortion in the U.S., and its theological underpinnings.

Throughout most of human history, pregnancy was not acknowledged or confirmed until quickening — the moment when a pregnant woman begins to feel the movements of the prenate (this term refers to the developing entity as long as it resides inside a woman’s body), which occurs well into the second trimester. This means that any secular or church laws pertaining to abortion and any theological statements or positions that mention abortion prior to the 19th century are referring to ending a pregnancy after 15-20 weeks.

To be clear, more than 92% of abortions in the U.S. occur in the first trimester. There simply is no historically continuous understanding of pregnancy or abortion within legal or theological traditions.

Through much of the 19th century, abortion was normal and commonplace for married and unmarried women from all classes, ethnicities and races. It was one strategy for controlling reproduction and the spacing of children, helping reduce the average number of children from seven at the beginning of the century to three and a half by the end. In fact, it is estimated that there was one abortion for every five or six live births in the mid-1800s.

But the widespread social acceptance of abortion was disrupted by a well-orchestrated “physicians’ crusade” that turned public opinion against it and successfully criminalized abortion by the end of the century.

Even after laws were passed criminalizing most abortions, some women could still obtain them legally. Access was controlled by hospital review committees, which were largely populated by white male physicians, who effectively served as gatekeepers to abortion care. This meant that white women and girls of middle- and upper-class status were more likely to be granted safe and legal abortions, while most Black and brown and poor women and girls were left to seek out the illegal and often unsafe services of underground abortion providers.

The scrutiny of hospital review committees also established a culture of justification that forced women’s decision-making to conform to a small number of reasons for the procedure that were deemed acceptable: prenatal health, rape, incest and mother’s life (commonly known as PRIM). Public support for PRIM abortions has remained remarkably strong (77%-87% support) through decades of surveys.

In the 1960s, the civil rights, women’s and LGBT movements’ demands for recognition of the human rights of historically marginalized peoples coincided with increased awareness of the dangers of illegal abortions and the complicated realities associated with women’s desires to end pregnancies. Competing strategies to either repeal or reform abortion laws began to emerge across the country. After New York passed its landmark abortion-reform legislation in 1970, any work to repeal all references to abortion from the legal code fell away in favor of reforming the laws.

Mainline Protestant denominations supported the decriminalization of abortion, and while evangelicals were more divided on the issue, prominent evangelical bodies, including the Southern Baptist Convention, supported abortion for PRIM reasons.

The repeal approach rejected the justification frame and was fundamentally rooted in an analysis that recognized abortion as a complicated moral and medical issue that should be addressed by a pregnant woman and her health care provider. This rightly acknowledged that in a religiously pluralistic society, moral decisions about childbearing could be made in consultation with any religious or spiritual leaders or resources people might desire.

The reform approach sought to rewrite the statues to decriminalize and open up access to abortion care. However, that approach remains rooted in a justification frame of abortion, as evidenced in state houses across the country that continue to debate which abortions can be justified (hence laws allowing for PRIM exceptions).

Roe itself reflects this justification frame in the very way it holds that there might be some circumstances where abortion is morally and legally justified but that the state might have a legitimate interest in regulating women’s access to abortion.

The theological roots of the justification frame are patriarchal, teleological beliefs about women’s purpose as childbearers and unexamined and undeveloped ontological assumptions about the prenate. In other words, there is no foundation for requiring people to justify their desire to end pregnancies absent the traditionalist Christian belief that women are meant to be wives and childbearers and the relatively recent invention of fetal personhood.

To say that these Christian theological beliefs are contested is an understatement. To acknowledge that they are explicitly Christian in ways that violate the beliefs of Jews, Muslims and other religious traditions is to recognize the gravity of codifying Christian beliefs into the U.S. legal code.

However grave the implications of this tilt toward theocracy, the imminent threat of forced childbearing upon hundreds of thousands of Americans is clearly a violation of any Christian understanding of free will and the sacredness of bodily integrity.

Women on the margins already have a mountain of obstacles to overcome in obtaining the abortion care they need. The imminent overturning of Roe is a direct assault on the bodies, lives and integrity of vulnerable girls, poor women, and Black and brown women who happen to live in certain states.

An upcoming article will explain how a framework of reproductive justice offers a more nuanced and robust platform for thinking and talking about pregnancy, childbearing, parenting and abortion.