For Black teachers and Black churches: A wonder

Minister Candace Simpson is a religious educator serving at the Concord Baptist Church of Christ in Brooklyn, NY. She is a graduate of Trinity College and Union Theological Seminary. She also is the voice of the Fish Sandwich Heaven Podcast and lead designer for the Fish Sandwich Heaven website. In the fall of 2022, she will begin PhD studies at Garrett Seminary. It is Candace’s philosophy that heaven is a revolution that must begin here on Earth. 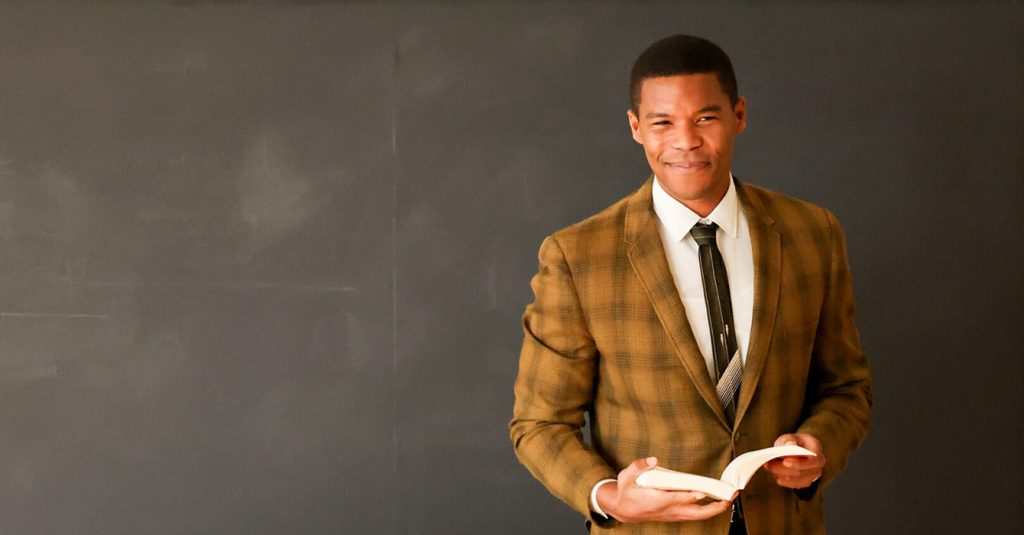 The work of African American educators can serve as a model for churches, particularly as some public schools limit curriculum, a pastor writes.

I believe in the Negro schoolteachers. … With the proper training they are the finest teachers in the world because they have suffered and endured and nothing human is beneath their sympathy.

Every week, I watch “The Wonder Years” reboot. The actors are skilled and have undeniable chemistry. The writers have mastered the art of historical symmetry, often contextualizing contemporary issues without getting preachy. The show is 22 minutes of time travel.

Mr. Brady has been my favorite character this season, appearing in just one episode, aptly titled “Black Teacher.” He is the students’ first Black teacher, a substitute during their regular teacher’s maternity leave. Mr. Brady inspires the Black students and challenges the entitlement of white students. He insists on playing fair and asks everyone to try out for the Knowledge Bowl competition. Previously, it was assumed that the top students, as determined by a racially biased grading system, would automatically get spots.

We have no clue whether Mr. Brady is Christian, and that doesn’t matter. We do sense that he values Black people and sees his work as a sacred offering. In a pep talk with Dean Williams (the show’s narrator), Mr. Brady offers this Scripture-based advice.

“All that really happened was that you put your light under a bushel.”

When confronted with a fair protocol for Knowledge Bowl tryouts, the white students accuse their substitute of favoritism, and Dean absorbs their rage as his responsibility to manage. Complaints from white families about “unfair advantages” parallel the current debate and wildly inaccurate assumptions about critical race theory in K-12 schools.

Preparing students for the world they have inherited requires a thorough understanding of this nation’s beginnings in imperialist white supremacist cisheteropatriarchal violence (echoing language of radical educator bell hooks). The nation continues with such violence — and requires such violence to sustain itself. We must teach students to resist this violence.

Those who are advancing anti-critical race theory legislation know what they’re doing — coding any language about oppression, justice and setting the world right-side up (or upside down, depending on one’s perspective) as anti-American. There have always been consequences for remembering. But there are also ways that belong to us through which we can remember.

If children cannot learn about their history in the public schools, then institutions we collectively own must teach them. This includes Black churches. I’d love for us to abandon gimmicky capitalist priorities like “church growth” and “reaching Gen Z” and instead focus on Black folks critically engaging the world and on churches supporting radical Black educators, whether they teach vacation Bible school or fifth grade.

In that spirit, I’d like to offer three critical words that Black educators can teach the church, from inside and outside its walls.

The first word is “relationship.” Another breakout show, “Abbott Elementary,” features a character named Barbara Howard. She’s a longtime teacher and churchgoing woman. In one of the early episodes, she shows a substitute teacher, Gregory Eddie, how to start conversations with a parent who continually brings her son to school late. Howard invites Eddie to the nail salon at the hour that this mother is also getting her nails done.

The veteran teacher is so intimately connected to the lives of her students that she knows where to find their parents and how to have nonconfrontational conversations about student success. This is not something learned overnight; it comes through years of experience. Longtime teachers (and therefore elders) have something worthwhile to offer, though they can be discounted and antagonized by leadership.

The second word is “holistic.” When we have meaningful relationships with our students, we can be more creative in our approach. During my church’s Freedom School one year, a student was having trouble staying on task. Ms. Zelma (a longtime teacher, the patron saint of the Concord Freedom School and my teaching mentor) said to me in passing, “Her mom just had a baby. She’s likely not getting as much sleep and probably needs a little more one-on-one time.”

Sure enough, the student didn’t need punishment or time off recess. She needed an invitation to be a kid.

The last word is “subversion.” We call it the “Underground Railroad” for a reason. That is to say, some of our freedom efforts and blueprints ought not be repeated in mixed company or reposted on the Gram. In “Fugitive Pedagogy,” Givens argues that there is an urgent need for

black teachers to hold influence at the table of black study and the work of fugitive planning, not for the sake of nostalgia but because the social analyses and fugitive protocols made possible by Black Studies are necessary resources in the lives of students well before the collegiate level. The violent assault on black life begins in the classroom for all students, not just the select few who make it to college.

I’m not sure what this next season of “COVID: Under the Empire” has in store for us. It has already damaged our bodies, relationships, communities and finances. I try to hope that it has not completely destroyed all possibilities for freedom. The disciples asked, “How are we going to feed all these people?” I find myself in their shoes. How are we going to test everyone, get each student a well-fitting mask and meet with the parents while limiting exposure risk?

In moments when I feel overwhelmed by the task ahead of us, I try to commune with Black educators who found a way in years past. I think of the scores of Black folks who used the cloak of night to teach their neighbors how to spell their own names and find their relatives in the papers.

I think of Eunice Jackson, the first Black woman to graduate from Union Seminary, in 1940. Clarence Taylor tells us this about her: “During the summer of 1944, Concord Baptist’s Daily Vacation Bible School provided a full program of recreation, music, and handicrafts for four hundred children in the community, with a staff of eleven teachers, all women, under the direction of Miss Eunice Jackson.”

In the midst of the Second World War, someone found a way to offer something life-giving for children in the Bedford-Stuyvesant community despite scarcity, economic instability and racial bias. Blueprints are all around us.

A wonder, indeed. God promises signs, wonders and miracles. Let us attend to them, witness them and fund them.