We need to talk about white belief

Oluwatomisin Oredein is an assistant professor in Black religious traditions, constructive theology and ethics and the director of the Black Church Studies program at Brite Divinity School in Fort Worth, Texas. Her scholastic work engages creative articulations of African feminist, womanist, postcolonial and Black theologies, with particular attention to women’s voices within the African diaspora. 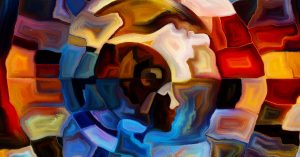 If our efforts toward racial reconciliation in the United States are rooted in white belief, they will serve only to erase difference and center whiteness, says a professor.

I learned a lot about what white people believe as a leader within a predominantly white progressive church committed to racial reconciliation.

Many white Christians believe that being in the same church building as racial minorities is a spiritual accomplishment. Their understanding of a reconciled community is filtered through the lens of their imagination and desire, and racial reconciliation is wrongly equated with the presence of ethnically minoritized peoples in white churches.

Many white Christians interpret welcoming “others” into their curated spaces as a crucial step in embodying a racial reconciliatory ethic.

But what if this vision of racial reconciliation, one authored by white desire, is rooted in a white form of belief?

It may be controversial, but it must be said: How white people believe is a major problem.

White belief is a kind of self-righteousness. Within historical Christian proselytizing accounts, it has positioned European men as evangelical agents to non-European “savage” communities who need the European gospel.

Oftentimes, assimilation into European culture and ways of life comes as a package deal with this gospel message. Whiteness is indoctrinated in many white Christians’ religious formation. According to white belief, white is “right” because it is presumed to be holy.

White belief operates first and foremost from how white people interpret themselves in a world of their making. How they want to see themselves must be how they actually are. There is no accountability to different communities; there are no checks and balances -- just an assurance and supreme confidence in the force of the white imagination.

There is an obliviousness in white belief, an assumption that to be white is to be good and morally upright. But as womanist theologian Kelly Brown Douglas reminds us, white belief is steeped in American exceptionalism, the myth that white Americanness is best.

The horrific events of Jan. 6, 2021, punctuate this exceptionalist belief; contrary to popular aphorism, it was not a “dark” day in American history -- it was a supremely white one.

The presumption of white inerrancy and subsequently righteousness is a tradition and practice often fortified in white communities and churches. It often fights back violently when challenged by the perspectives of minoritized communities.

White churches must confront this credal legacy. They must identify and let go of the cultural supposition that equates whiteness with virtue.

White ecclesial formation must be one of the first things interrogated.

To be embodied means to be intensely aware of another’s body -- not in a “bridging differences” type of way but in a truthful acknowledgment that a white life and viewpoint may actually be the outlier and not the norm.

White people in predominantly white churches have often believed they have been called to author what reconciliation might look like. But as liberationist forefather James Cone asserts, this is the furthest thing from what is right.

Often a cornerstone of racial reconciliation pursuits, 2 Corinthians 5:17-18 gets people in a lot of trouble. Many assume that racial and ethnic difference are the “old” that has “passed away”; thus, under the guise of tossing away racial difference, “the ministry of reconciliation” is falsely equated with white uniformity -- of vision, of style of being and acting, of being of one mind. The desire is to assimilate racial minorities into white assumptions of church and belief.

But the Christian church is only unifying if it recognizes cultural, ethnic, racial, gendered, sexual, economic and ability markers of distinction as reflections of God’s creative genius. Diversity is a divine decision; to misunderstand this is to make white ethnocentricity the “fix” for God’s creative intentions.

The confusion for white people can be traced to racial reconciliation’s modifier: race. Race is the elephant in the room ridiculously dressed in religious language.

The unease of the racial reconciliation project is not in white and nonwhite peoples struggling “together” to live in ecclesial harmony but in white people not knowing how to deal with not having a balm to racism’s chaotic effects.

“Racial” reconciliation has become an exercise in white racial absolution instead of an effort to creatively source what being together as uniquely cultured communities might mean -- that is, if minoritized churches are even interested in reconciliation.

The racially reconciling church in which I served valued honesty and hard conversations about race. So we had them. Time after time, I would pour out my heart to members of my church community about my frustration with the stronghold of whiteness in this reconciling community; many would express remorse, admit racism or commit to listening and doing better.

But their commitment often stayed in the realm of words. I could see on their faces how their verbal confessions were not connecting with their hearts. They were confused. What they were admitting and confessing did not reflect what they truly believed, or perhaps wanted to believe, about themselves.

For them, worshipping with nonwhite people was the serious accomplishment; this was to be celebrated and constantly lifted up. Changing the actual fabric of who the church was because of the presence of nonwhite church members, however, was a mountain too tall to climb.

Where would one even begin?

If racial minorities do not get to determine the parameters of racial reconciliation, the effort still centers whiteness.

Unfortunately, racial reconciliation, as currently construed, centers how white churches imagine community, how they imagine being church with everyone else. It grants white people power to define right relationship. It makes white culture the center and the determinant of what “being together” and “being church” means.

But a world reconciled to affirm white desires of unity and community is a lost world, for such desires have not been thoroughly vetted to see whether they are free from the white supremacist ideas of what being church or community or even “American” should look like. Racial reconciliation of this ilk quite easily bleeds into an ecclesial project in white affirmation.

A nonwhite vision of community starts from a place of recognizing one’s position in relation to another and addressing apparent disparities. A thought tradition I deeply respect, womanism in the religious sphere, would define community by starting with proper social recognition.

A womanist notion of community tells us where we stand in relation to one another in order to collectively author what being together in an honest and mutual way looks like.

Whiteness is an aura. It is a tradition. It is a practice. It is a worldview. It fuels how and subsequently what white people believe. And white people need to believe that they are good, that every idea they have stems from a righteous place. To question this is to endanger their moral foundations, to throw into question their devotion to cultural credence and history. White belief forecloses the possibility of authentic approaches to justice, especially within the Christian church.

Framing justice as something done to white people who have no intention of denouncing their power is an idea too radical for many white people to consider. But the gospel is radical. And racial. And we would all do well to ensure that race and all that lives around it is always, honestly, part of the conversation.