Why doubt is important for leaders

Sergio Lopez is a member of the Campbell, California, City Council, elected in 2020. Lopez has an undergraduate degree from Yale University and is pursuing a master of arts in Christian practice at Duke Divinity School. His writing has been published in Time magazine, National Catholic Reporter, Sojourners, Teen Vogue and other outlets. 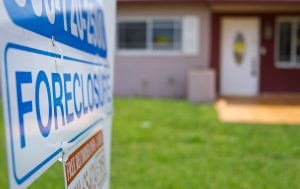 A newly elected councilmember in Campbell, California, discovered that politics was his vocation after family crises shook his faith.

For the past year, I’ve had the honor of serving Campbell, California, where I was born and raised, as a newly elected city councilmember. My hometown lies in the heart of Silicon Valley yet retains the small-town feel of the agricultural hub it once was.

Today, however, my hometown, like so many places across the country, faces a housing crisis that threatens those bonds of community. The median price of a single-family home in Campbell is $1.8 million.

It was because of this and other issues that I launched my campaign for City Council. Reflecting after a year in office, I realize that it was my faith that taught me a valuable lesson: the importance of doubt.

I'm 25 and grew up in a working-class, low-income household, the son of two immigrants from Mexico. Often, multiple family members were crammed into our little one-bedroom apartment. My dad worked several jobs — sometimes checking groceries during the day, sometimes delivering newspapers at night — to keep a roof over our heads.

My mother, who had dropped out of community college to raise me, watched over me at home. I’ve often marveled at her audacity. When I started school, for example, and was placed in remedial classes, she immediately took her arguments to the administration. I wasn’t less intelligent than the other students, she pleaded in broken English; I just needed an opportunity.

Besides education, the major force in my life was my religion. I was raised in a Roman Catholic household and eagerly attended Sunday school every weekend. I was moved by the stories of the Old and New Testaments, sensing that here was a mystery I might spend my whole life trying to understand. I seriously contemplated pursuing ministry, perhaps even seeking the priesthood. But soon we faced a crisis that made me rethink my comfortable assumptions.

My family had decided to open a Mexican restaurant, with the goal of saving money for a small college fund to help support the family’s educational dreams. Yet these plans were ravaged by the economic headwinds of the Great Recession.

As business dried up, we lost the restaurant. But that was only the beginning. My parents had by that time become homeowners, and because they had taken out a second mortgage to maintain the restaurant, they soon lost our home as well.

I still remember strangers barging in unannounced at dinnertime to tour the house — for us, a home, but for others, just another potential investment at a bargain-basement price.

I tried to come to terms with what had happened, revisiting my faith and the works of history that had always interested me in hopes of gleaning some vital truth I had missed, one that might hold the key not just to survival but to overcoming the odds. I realized I had a lot to learn.

I read and reread the story of Job, for example — a work kaleidoscopic in meaning, with truth that can be perceived only peripherally. Yet I saw at its core the idea of doubt even amid burning conviction.

Perhaps, I thought as I read, a politician is fated to share the experience of King David, another leader whose story I revisited. David could only interpret God’s will through the voice of his prophets and often grappled with the opaqueness of God’s plan — even while the earthier work of politics required bold and visionary action.

I read about Abraham Lincoln, who, in a fragment on faith not originally intended for public consumption, wrote, “In great contests each party claims to act in accordance with the will of God. Both may be, and one must be, wrong.” Lincoln led the nation through the darkest days of the Civil War while carrying this seed of doubt. Yet he forged on.

Through my reading I also realized that at the root of all that my family had experienced were issues of structural injustice. After facing housing insecurity and losing our small business, I wanted to help others in my community with the same struggles. My voice could make a difference. I decided to run for City Council.

When talking with voters on the campaign trail, I heard time and again that residents were sick of the divisions at the partisan level. Many of my most rewarding conversations were with those with whom I disagreed, because I felt I had the most to learn — and perhaps even reassess — from different points of view.

But what made the difference for me were the lessons on the importance of doubt that I had learned from Job, David and Lincoln.

This was because the campaign season was marked by a pandemic, economic uncertainty and an increase in toxicity in our political culture. When I was elected, I read it as a mandate from the community to be a “repairer of the breach” (Isaiah 58:12).

To that end, I worked with a diverse coalition including all political affiliations. I supported a statewide bill that would have allowed more duplexes, triplexes and fourplexes across California, including in Campbell. (This approach was previously anathema at the local level, but is much-needed in a state with the largest homeless population in the country.) And I worked to support small businesses with workshops and resources.

My faith taught me that there are mysteries in the world much greater than ourselves. The lesson I learned is that political leaders must live with and in fact cultivate doubt.

I ended up not in the priesthood but, in the words of Max Weber, with politics as my vocation — and as my ministry. But the call to serve, in whichever form one does so, must be tempered with a confident humility.